I don’t know what it is about the western, but I’ve always loved them. I guess it’s easy to say that – what little boy hasn’t loved playing Cowboys and Indians? The notion of a lone rider, the stranger in a strange land, the gangs of outlaws and the badge wearing posse stuck with me. I guess even four years in the Army couldn’t cure me of it.

When I got out of the army and went to school, I wasn’t too sure how one went about becoming a writer. I asked a mentor of mine, Morton Marcus (who always gave me encouraging words, if not A’s), where I should go. He directed me to San Francisco State’s undergrad creative writing program.

Now I never thought it a strange notion to write westerns in a college creative writing class. Most folks were surprised that anyone was writing westerns, but I often received compliments that it was nice to read something different. I guess the stories you’re supposed to be writing in college have to do with substance abuse problems, emotional breakups,

and having that all take place in Europe somewhere. If I had a nickel for every one of those stories I read throughout the program, I could buy myself a nice steak dinner.

So I stuck it out – writing my westerns, but with a twist. I didn’t want to rehash Louie Lamour stories or any of the classic pulps, although I am a Lonesome Dove western kinda guy. I wanted to take the western out of it’s normal historical and geographic boundaries and place it in a different context. That’s how Strange Tales of an Unreal West came about. Strange Tales was a small printed compilation of short stories that followed the themes I was interested in.

After college I decided to go on the road and sell my vision at zine and book festivals. That idea went about as far as a lead balloon. Two years and fifteen thousand dollars later, I came back to San Francisco and decided to start all over again.

western for a writing contest. It didn’t get past the first round, but I learned that I could write a novel. So I worked with that original idea about an old cowboy who rode with Butch Cassidy and the Wild Bunch, and who retired to Paris in the late 1930’s. When the Nazis invade, he straps on the old six-gun for one last showdown. Everyone I pitched it too comes away wanting to know more. I knew I had a winner, so I spent over four years writing it. 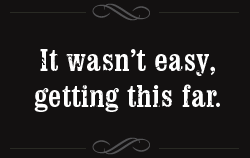 It wasn’t easy, getting this far. But there’s one thing I’ve learned from the western – no matter what the odds, if you got your pards by your side, there ain’t nothing that can’t be done. It’s them I want to thank.